1 year ago in Company News 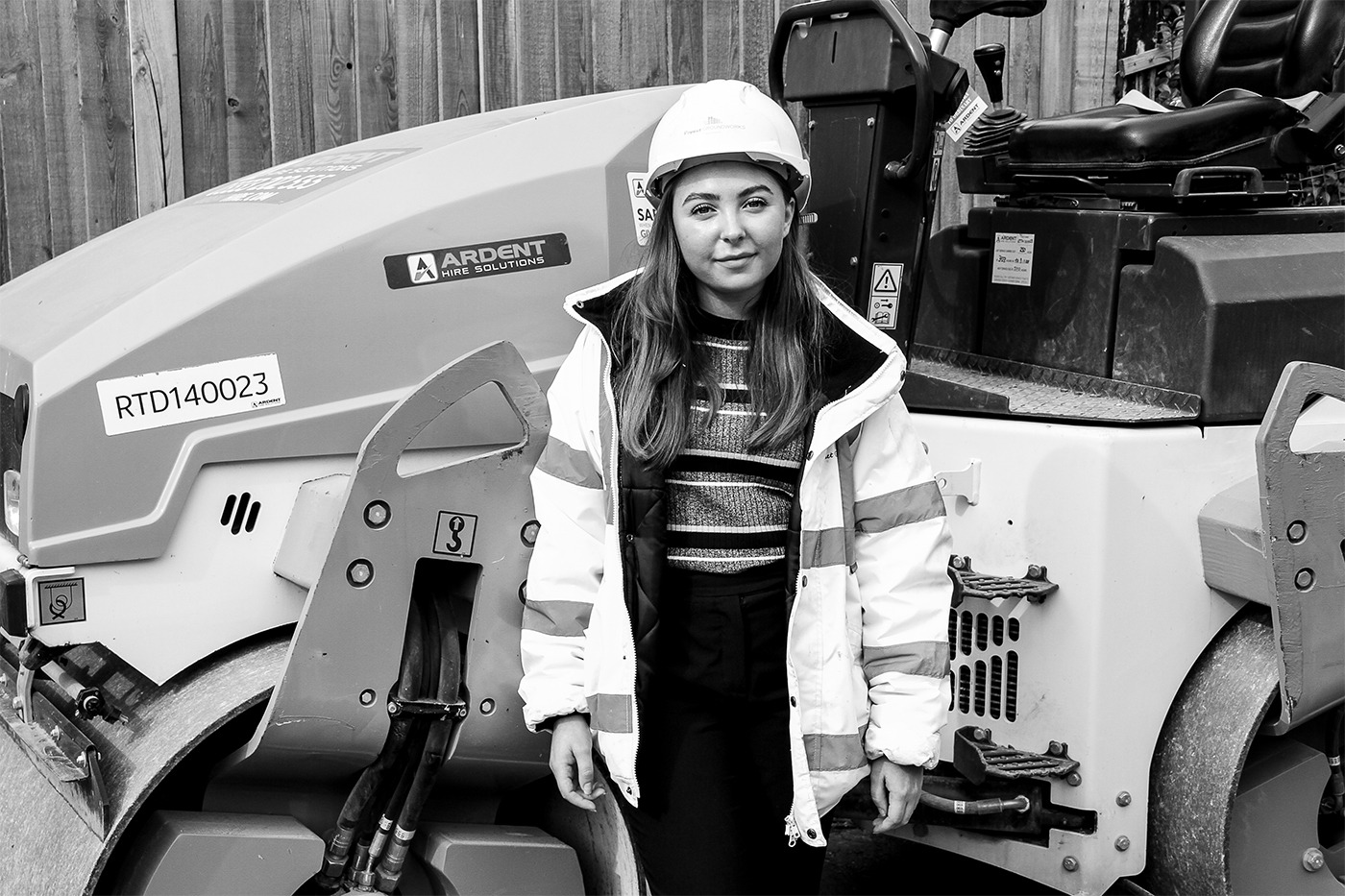 As we mentioned in our previous article on this subject, there have been great efforts to encourage women to enter the industry over recent years, and the impact of diversifying our workforce has been seen far and wide.

Back in February, Becca came on board as our Junior Quantity Surveyor. She’s been an invaluable member of the team and is already making a huge impact on our business. We asked her if she would share some of her experiences as a woman working in the construction industry, as here’s what she had to say…

My whole family works in construction, and I used to go to work with my Dad when I was younger, so construction as a career path was always on my radar. But to be honest, I didn’t seriously consider it to be what I wanted to do until I was told I couldn’t.

One day, when I was in college, a family friend was working on a site that needed a trainee and asked me to ask around my friends at college to see if any boys fancied getting out of education and starting a career, as this was the perfect opportunity.

What about me? I thought, and then asked. His reaction is what spurred me on to start my career.

In my experience, I’d say you need a level of defiance to survive as a woman in construction. For me, that’s not a huge problem, but it’s not lost on me that, for this to really be a fair playing field, that shouldn’t be the case.
I personally have been driven both by a desire to prove people wrong and by the huge impact of those who are supportive.

I started in administration and, in what I now see as a very lucky coincidence, worked under a female QS. Seeing her where I wanted to be definitely encouraged me to keep going, especially during the moments when I felt I was being put down by other colleagues. To this day, that QS is the only other woman I’ve worked with outside of administration roles.

There are certainly more women coming into construction, and I like to think that for many who started their careers later than I did, the experience of only having one female ‘role model’ won’t be so prevalent. But, regardless, the inclusion of women in the existing structure of our industry is so important – encouraging women to join is one thing, but until we feel like we’re MEANT to be here, rather than fighting to prove ourselves, as an industry we’re not where we need to be.

In previous roles, I’ve had constant reminders that I’m the anomaly on site – a tool box talk will be opened with “right lads” swiftly followed by “oh sorry, lads and ladies”. A co-worker will swear in conversation and then apologise directly to me or ask if I mind them talking like that in front of me. While all of these gestures are made in perfectly good will, they highlight my place as ‘other’ in the team.

What I think is vital to bear in mind, is that placing expectations on female construction workers – and not just that they’re going to be offended by swearing (insert eyeroll here), but assumptions about their capabilities or their potential – purely based on their gender is a hindrance not only to women but to the industry itself.

I want to make it clear that, I’ve always got on with my colleagues, and, by no means am I saying that any of their actions were intentionally derogatory. I honestly think these things are done without thinking and, on a personal level that makes it easier to take but, from an objective view that makes it a much bigger problem; how are we going to move away from it if it’s so ingrained?

Without these disparities or gender-related setbacks, how many more women would be in senior roles in the industry right now? Without being afraid to step out of administration and head to site, how many more female co-workers may I have had in my career so far?

It is so important that, as well as creating opportunities for women to enter the industry, women are supported and valued within it. There are great online communities for women in construction, and networking events (pre-Covid at least!) that bring us together to share experiences and discuss our personal progress as women in the industry. But we also need to put the onus our co-workers, to change their behaviour, rather than focusing on ways we can respond to it.

Luckily for me, since joining Poppet Construction I have felt a part of the team and valued by my colleagues. But that shouldn’t make me ‘lucky’. I’d love for it to be the norm for all hard working and well performing women in construction to feel valued and encouraged to advance in their careers, in the same way their male counter parts would be. As so many industries have seen, diversifying a workforce has an undeniably positive impact, and it’s about time the construction industry caught up.[/vc_column_text][/vc_column][/vc_row]

Why our culture-driven approach sets us apart 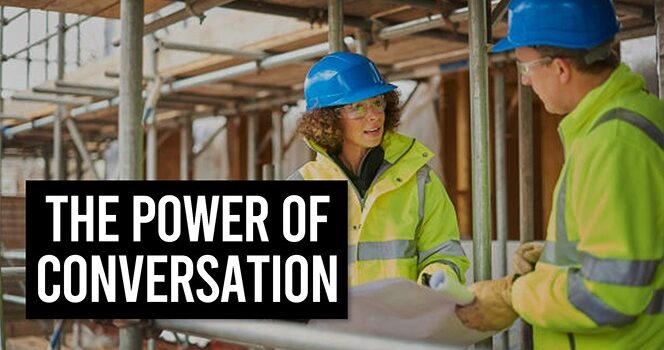 The Power of conversation

Don’t be a D*ckhead 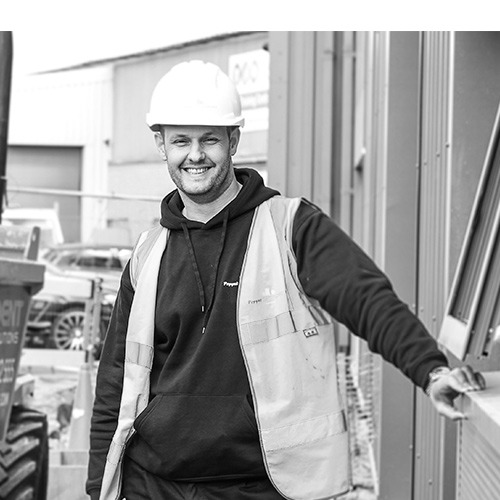 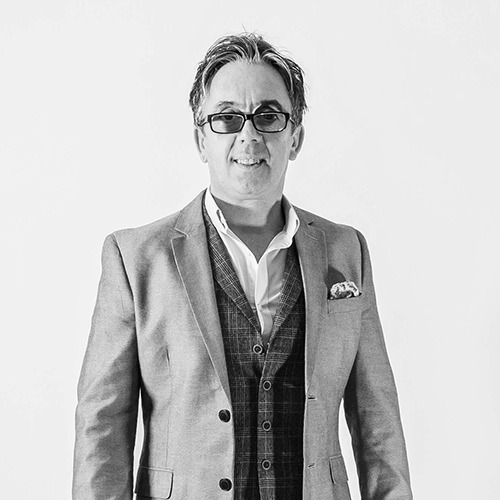 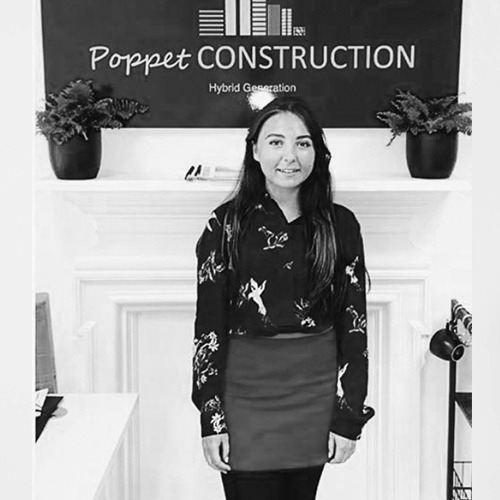